Reena is a movie enthusiast and loves to see movies in theaters. A new movie is releasing this Friday and Reena wants to watch it. Her favorite theater is witnessing a large crowd but she wants to watch the film in that theater only. Reena has her favorite seats in the theater and will watch the movie only if her selected seat is vacant. 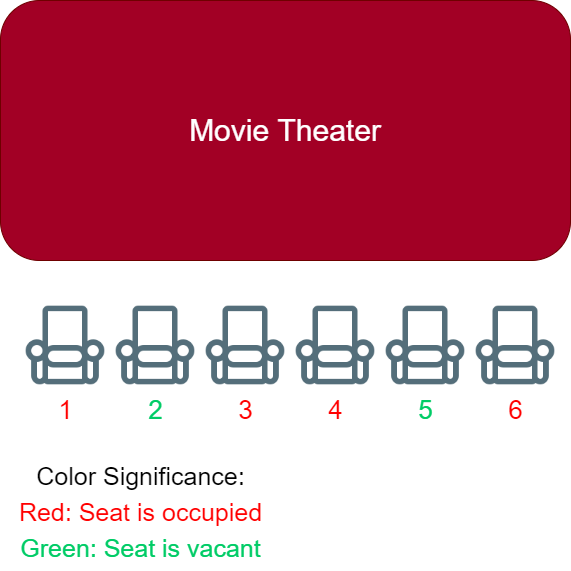 Seat 1: It is already occupied by someone so Reena will get N as value.

Seat 2: This seat is empty so Reena will get Y as value and she can book this seat and watch the movie.

Seat 6: This seat is also preoccupied so Reena will get N as value.

Next T lines each will consist of an integer representing the occupied seat.

Next Q lines each will consist of an integer representing the preferred seats of Reena in the theater.

The occupied seat and preferred seat will range from 1 to N (both inclusive).

Note: Read the input from the console.

For each preferred seat of Reena, print it's status (N - Occupied, Y - Vacant) in a separate line.

The occupied seats are the same as the example.

Hii! I am Aashish. I am merely a programmer competent in various programming languages. I built this website to provide programming solutions and other useful information.

Log in to stay update and get notify on new arrivals.